Molise is situated in south-central Italy and lies between the Apennine ridge and the Adriatic Sea. Nature, history, art, age-old traditions and good food are the treasures of this still largely-undiscovered region. Visiting Molise, you get that Eureka feeling of discovery, starting with its mainly mountainous and hilly layout, scored by the characteristic tratturi, the historic trails of seasonal migration of people and livestock that join the pastures of Abruzzo to those of Apulia.

The National Park of Abruzzo, Lazio and Molise reveals unexpected and magnificent landscapes, while the many nature reserves protect the vegetable and animal species representative of this area. Nature un-spoiled frames the two most important ski resorts in the region: Campitello Matese and Capracotta.

The coast boasts sandy beaches surrounded by Mediterranean vegetation, as year after year. Discover the thousand years of history behind this region and its culture by visiting its archaeological sites, abbeys, small towns and countless castles.

The survival of customs and traditions, of handicrafts and the old professions that have disappeared elsewhere is a unique feature that makes Molise, just like the title of a book by Italian writer Antonio Fogazzaro, an “old-fashioned world”.

From the peaks of the Apennines to the coast, the uncontaminated natural environment of Molise is a perfect place to relax, play sport and go on excursions to the region’s most typical destinations.

Nature lovers can go walking or trekking in several protected areas: in the typical Apennine landscape of the National Park of Abruzzo, Lazio and Molise, or in a diverse environment like that of the WWF Reserve in Guardaregia-Campochiaro, through woods, streams, gorges and falls. Many hilly areas can be reached by mountain bike, but you can also take the scenic cycle routes along the coast.

In the heart of nature you can also enjoy a new experience like horseback riding along the tratturi, the migratory trails dating back a thousand years, a testimony to the unique nature of Molise. In Pescolanciano, in several areas of Campobasso and throughout the region, these transhumance trails are a chance to dip into local history and culture.

The thrill of skiing high in the mountains is guaranteed by the system of slopes at Campitello Matese, the largest ski resort in Molise, as well as that of Capracotta, also renowned for its cross-country ski trails.

From Termoli to Campomarino, you can spend quiet holidays on the coast and have a go at every kind of water sport, amidst wide, sandy beaches, crystal-clear waters and modern facilities. For lovers of enogastronomy, the food and wine trails start at the coast, passing through vineyards and small, picturesque towns, stopping for tastings of the local wines and produce, including the renowned white truffle of San Pietro Avellana.

Molise, a land of ancient traditions, offers several spiritual routes in beautiful natural environments; they lead to the Sanctuary of Santa Maria del Canneto in Roccavivara, or to the fascinating Addolorata Sanctuary in the steep mountains of Castelpetroso.

Finally, make an effort to visit the many events and fairs that keep local traditions alive: the International Bagpipe Festival in Scapoli; the White Truffle Fair in San Pietro Avellana; “La ‘Ndocciata,” a torch-lit procession in traditional dress that takes place every year in Agnone; Pezzata, the Lamb Festival in Capracotta, and many more. 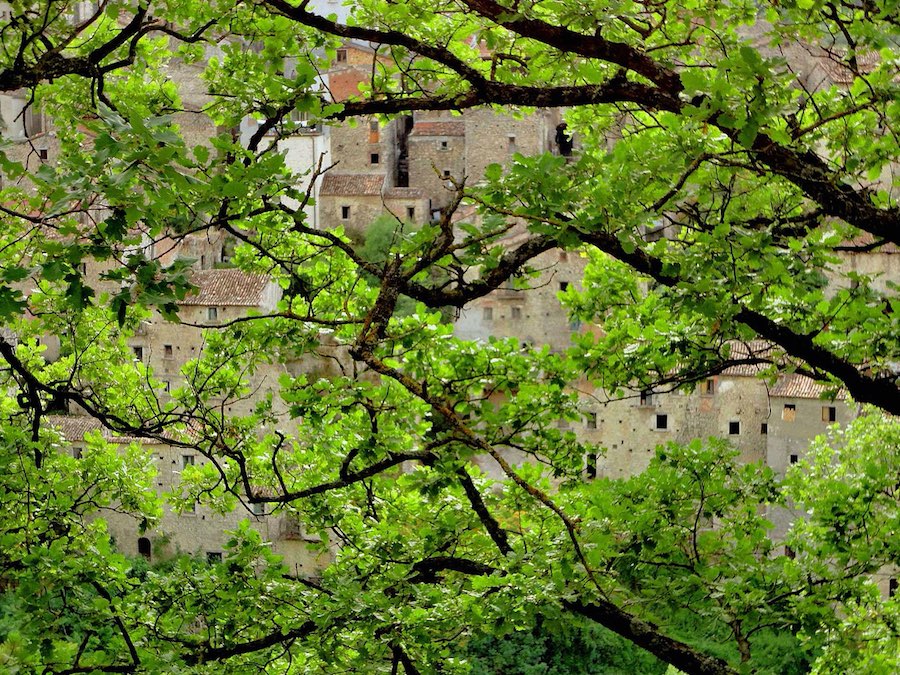 In this agricultural land, regional food is based on locally-grown produce and sheep farming, and is also influenced by the nearby regions.

There are many typical dishes in Molise: from maccheroni alla chitarra to pallotte (round balls) of egg and cheese, pasta and beans, polenta, lamb and roast turcinelli (lamb offal).

There are several types of salame, including saggicciotti, liver sausage, ventricina salame and pampanera, oven-dried bacon with chilli pepper.

Dairy products are extremely popular in this region, in particular the caciocavallo and stracciata cheeses of Agnone and Alto Molise, fior di latte cow’s milk mozzarella from Boiano, buffalo mozzarella from Venafro and pecorino sheep’s cheese from Matese. Scamorza cheese and burrino, a butter-filled cheese, are produced everywhere in Molise.

Local wines, particularly Biferno and Pentro, are excellent. Among the typical desserts of Molise, top place goes to mostarda d’uva (jam made with grapes from the Molise countryside), then cauciuni (pastry filled with chickpeas), ostie farcite (wafers filled with walnuts and almonds), peccellate (pastry filled with grape syrup or jams) and cippillati (baked ravioli filled with sour black cherries) are the best way to end a good meal.

The Region boasts some delicious and particular Christmas sweets, as well! 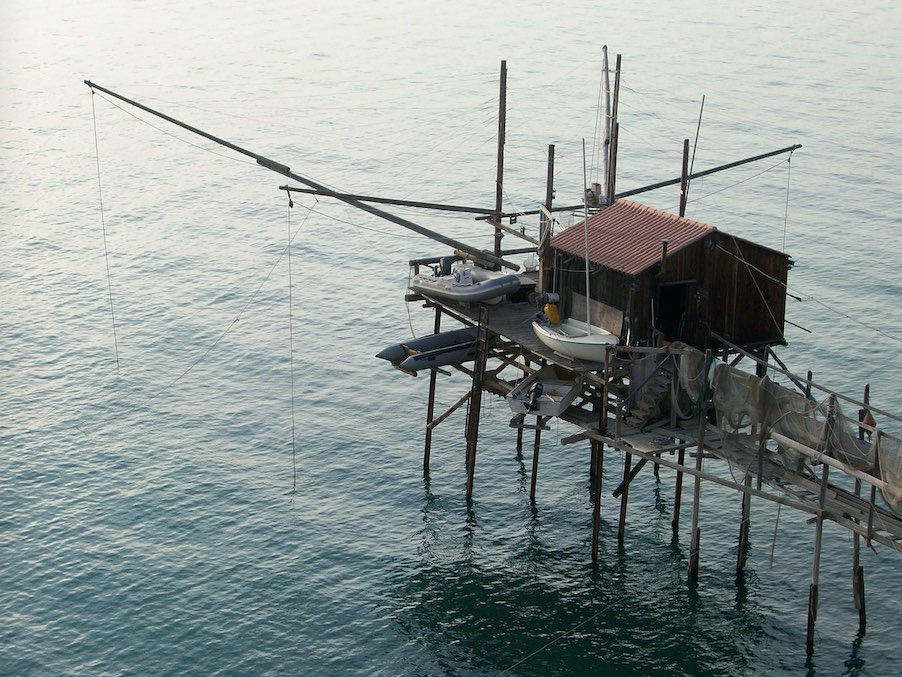 Your journey of discovery starts in Campobasso, a town steeped in history and culture, and dominated by the imposing Castello Monforte. Particularly significant is the Provincial Samnite Museum, with its displays featuring valuable exhibits from the civilizations that lived here, precious vestiges of the peoples that inhabited the territory from proto-history to the Samnite period.

The historic town of Isernia boasts a 13th-Century fountain and ancient prehistoric site just outside the developed areas.
It is worth visiting the two small towns that even today hand down valuable artisanal activities: Agnone, specializing in the manufacture of bells for the world’s most significant churches, and Scapoli, the town renowned for bagpipes, with a museum devoted entirely to this ancient musical instrument.

The region’s archaeological sites carry great significance. These include: the Samnite town of Pietrabbondante with its beautiful theatre, Sepino with the ruins of Roman buildings, and Larino, which combines valuable Roman remains with a magnificent example of Medieval art - the Roman and Gothic-style Cathedral. Some other major towns are Termoli, a tourist resort and port, with the stately Swabian Castle and the Romanesque Cathedral, and Venafro, with its Pandone Castle, the Romanesque and Gothic Cathedral, and Roman and pre-Roman archaeological discoveries.

The region boasts countless castles, such as that of Pescolanciano, as well as a number of abbeys and sanctuaries, including the Benedectine Abbey at San Vincenzo al Volturno, the Sanctuary of the Addolorata, Castelpetroso and the Sanctuary of Canneto in Roccavivara. Finally, some splendid examples of Romanesque architecture include the Church of St. George in Petrella Tifernina and the Church of Santa Maria della Strada in Matrice.

Just as worth visiting are the tratturi, grassy trails treaded by livestock herders and their animals during the periods of transhumance. Today they serve as an amazing testimony to peasant and shepherd life. 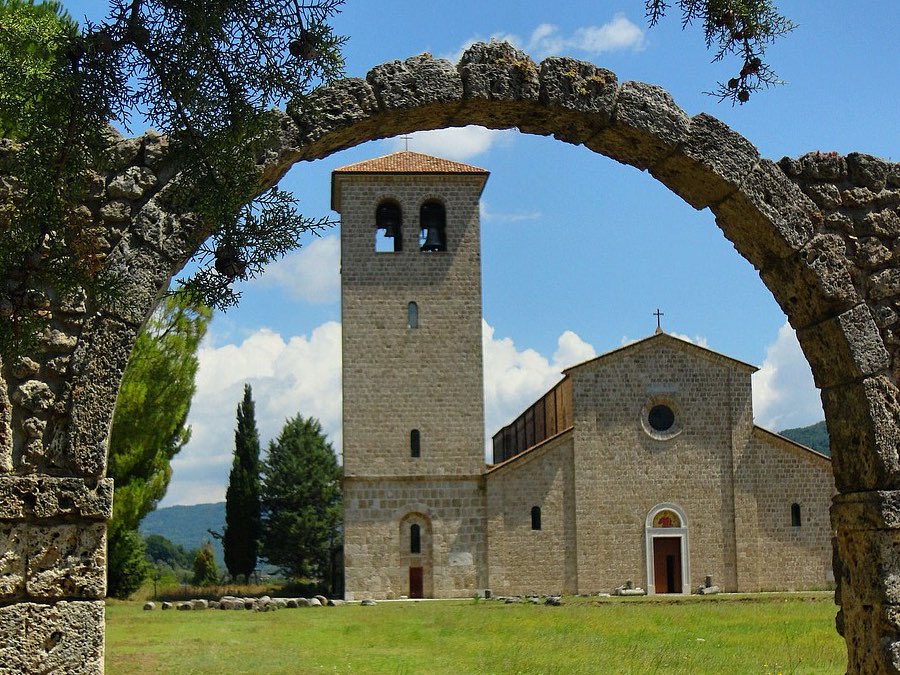